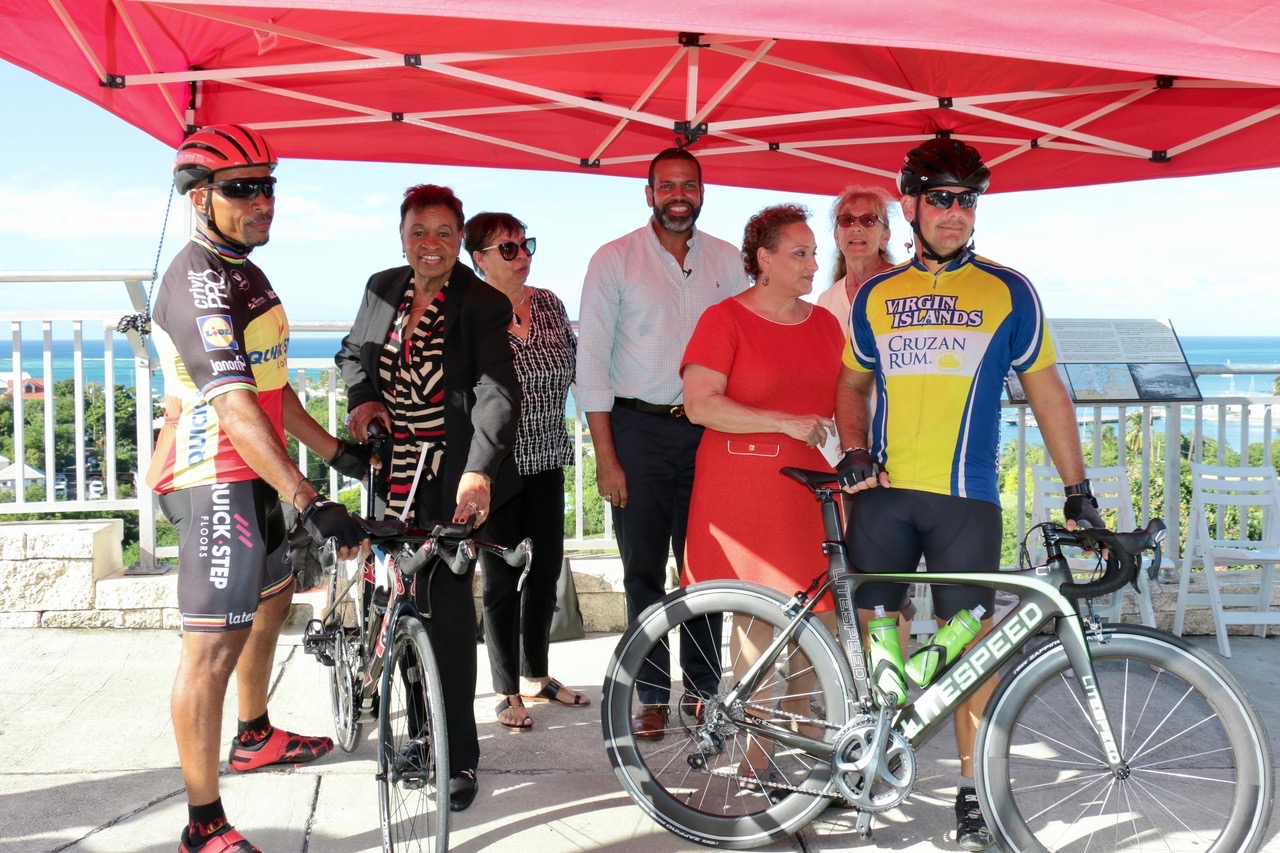 The first section of the St. Croix Bike Path was formally opened Wednesday at the crest of the Christiansted Bypass by the AARP national president and others involved with the project.

The V.I. Trail Alliance, a nonprofit organization, received a $22,500 AARP challenge grant – the first awarded in the territory by AARP – to design and implement the one-mile bikeway. The path begins at the Gallows Bay stoplight and goes west to the turn to Bassin Triangle.

The bike lane is marked by a thick white line on the north side of the Bypass, but the other markings have not been installed yet by the V.I. Public Works Department. Intersections will be marked with bright green pavement markings and upright indicators in the near future.

Jo Ann Jenkins, chief executive officer of AARP, said she was excited to attend the ribbon cutting because the challenge grant was the first granted to a Virgin Islands organization.

“We want to see everybody out there on their bikes tomorrow morning,” she quipped.

Alicia Georges, AARP national volunteer president, also said a few words at the ribbon cutting. A St. Thomas native, Georges said she is proud that the first AARP grant was awarded to the territory to keep people strong and safe.

“It was a wonderful award and an innovative, creative idea,” she said.

The state director for the Virgin Islands, Troy de Chabert-Schuster, told the small group gathered for the ceremony that larger projects are in the works. AARP will create “fit lots” and fund exercise instructors for every state and territory. A three-year AARP grant will be used to create an area the local AARP will adopt east of Gallows Bay for exercise activities.

Alma Winkfield, vice president of the V.I. Trail Alliance, gave credit to and thanked government agencies and volunteers for bringing the project to fruition. She said the community project included volunteers “off the street” and amounted to $25,000 to $30,000 in-kind donations and overmatched the grant.

This bike path is the template for other road projects throughout the territory, she said, adding that Public Works and the Trail Alliance have plans for bike trails from Christiansted to Frederiksted.

Also thanked and recognized were the young men from My Brother’s Workshop who designed and hand-built the picnic table and benches at the Bypass lookout and other locations. 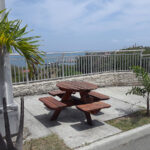 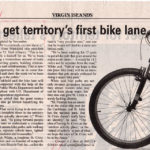